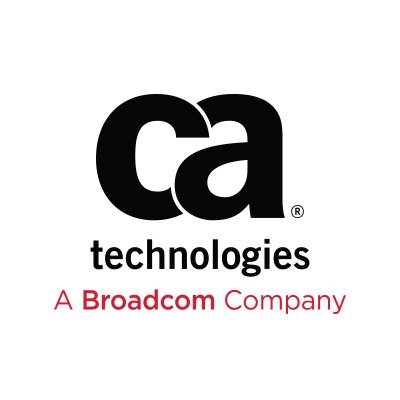 Please be advised that on the day of the event, we'll do our best to accommodate late requests, but our primary focus will be on day-of-event logistics. Refund requests can be taken until the end of day before the event. Please send refund requests to RSVP nycupa. Seating capacity changes with every venue.

If an event sells out early, a Wait List may be set up and managed by us on a discretionary basis. Getting on the Wait List does not guarantee a seat; we'll do our best to keep Wait-Listers informed about status. Priority will be given to Wait Listers who are Annual Members. Registration for our events is online, and we strongly discourage walk-ins. We are not set up to handle cash at the door, so exact change is appreciated. If you arrive and your name isn't on our list, you can provide your confirmation email in printed or digital form.

If you don't have a registration confirmation, we'll ask you to pay the walk-in rate. If you can provide your proof of registration after the event, we'll refund the walk-in charge. This event may be video-recorded. Register for an Event. Become an Annual Member. Subscribe To Our Mailing List. Looking for UX people? Add to my calendar. Retreat attendees are eligible to compete for pilot project funds on the topic of the retreat theme.

The 10 retreats held have had a total of participants, resulted in 61 pilot projects with new interdisciplinary teams, and 14 funded projects. The retreat format has been a successful mechanism to stimulate novel interdisciplinary research teams and innovative translational research projects. Future retreats will continue to target topics of cross-cutting importance to biomedical and public health research. An Institute of Medicine report in emphasized the need and importance of team-based collaborations across disciplines to overcome barriers within academic cultures.

The benefits of working across disciplines and organizational boundaries may be difficult to achieve due to barriers such as geographic distance between researchers, lack of a common forum to meet and share research ideas, costs involved, and lack of appropriate rewards for team science within academic cultures. Consequently, fewer positive outcomes among projects with investigators from more universities have been observed than in projects with fewer universities. Few studies have shown that the conferences bringing distant researchers together can reduce the difficulties inherent in collaborations involving multiple universities and increase long-term collaborations.

The intervention that we tested focused on scientific retreats, based upon the principle that these forums offer a positive and collaborative environment that promotes exchange of research ideas and novel approaches to solve research problems. Retreats alone do not address the roadblock of lack of resources to develop new research teams, so we coupled the retreats with access to retreat-themed pilot project funding.

We that by bringing basic scientists, clinicians, clinician-scientists, population scientists, state regulatory agencies and community stakeholders Figure 1 together in a forum to share research ideas via a scientific retreat with networking opportunities and funding for pilot projects would stimulate the formation of interdisciplinary research teams. The overall goals of the retreats were to facilitate collaborations between researchers and other stakeholders in the state of South Carolina and to form successful interdisciplinary and collaborative research teams to address major unmet medical needs.

The scientific retreats last approximately eight hours and are held semi-annually, Spring and Fall, with a continental breakfast and lunch provided. After a theme is selected, experts who are faculty members in different disciplines but actively involved in research in the area of the retreat theme are asked to participate in a retreat planning committee.

The committee membership and number varies depending on the retreat. Announcements are sent out via the SCTR Institute e-list, university wide e-lists, newsletters including a community newsletter and broadcast messages to cover broader constituencies.

Keynote speakers are nationally recognized experts in the retreat thematic area who are actively involved in translational research. The keynote address serves to open and provide a context for the day. Other presenters are selected based on submitted abstracts which are judged on importance to the retreat theme, scientific quality, interdisciplinary collaborations and translational research potential.

The abstracts are graded, summarized and presented to the committee for review and discussions to make decisions and develop the retreat agenda. The agenda is finalized with attention being paid to include presenters from different disciplines. The platform presenters are instructed to have slides in which they would include key research data, results and conclusions with the last 1—2 slides indicating potential areas for collaborations and expertise needed to advance the research.

In order to have the attendees participate throughout the retreat, the agenda is developed to have a mixture of different talks throughout the day and ending with a presentation of the SCTR Pilot Project Program funding opportunities and Request for Applications RFA information. Several weeks before the retreat, the agenda, presentation abstracts and registered attendees contact information are sent to all the registrants to facilitate potential networking contacts before the retreat. Attendees evaluated the retreat using a one page both sides paper and pencil evaluation survey form Figure 2 which was built using the REDCap survey.

They were asked to provide the feedback to the electronic survey within a week. The evaluation form consisted of three main questions and a demographic section. The three questions were: How well did the retreat help you achieve the goals of the retreat, How would you rate these aspects of the program and retreat satisfaction.

However attendees were not required to provide the demographic data and no personal identification questions were included in the evaluation form. Therefore the evaluation form was not required for Institutional Review Board approval. The retreats Table 1 start with a keynote address by a nationally renowned individual addressing the key thematic issues followed by 3—4 sessions of research presentations.

During these sessions, research presenters and attendees interact to make contact and share ideas related to specific questions and research collaboration ideas. Following the research presentations, a panel composed of session moderators and keynote speakers summarizes key points of the retreat, pointing out opportunities for collaboration. The attendees are also informed of the other free research support services and consultations services offered by the SCTR Institute.

After the retreat, a summary of the retreat, slides and recordings, evaluation form and the RFA are sent to the attendees.


Pilot project funding is set aside solely for retreat attendees to support new, innovative interdisciplinary pilot projects that emanate from the retreats. Different ways have been tried to optimize the speed dating style networking in the retreats. A continental breakfast, two coffee breaks morning and afternoon and working lunch set around round tables were included on the day of the retreat to stimulate networking.

With the evolution of the retreats we have found that speed dating after 3—4 fifteen minute presentations seems to work the best. A pilot project funding opportunities flyer was included in the attendees folders. This was done purposely to encourage the attendees to stay throughout the retreat.

Once the retreat was over, the funding information was sent out to all the attendees via an email. Depending on the RFA, there were 3—5 grant categories announced with different dollar amounts. The grant categories and dollar amounts for a 12 month pilot project were: Health Disparities grants are to facilitate any new pilot project that would address critical questions related to health disparities within the translational spectrum.

Since there were not reasonable number of applications received under the grant categories of Community-University Partnership and Health Disparities, they were combined into the Discovery grant category in the later years. In order to encourage new translational research team formation and generation of novel research ideas as a result of the retreats, we requested that at least one of the team members should have attended the retreat and the proposed project idea should be novel and interdisciplinary in nature to qualify for the pilot project funding that was set aside for the retreat generated pilot projects.

When there are non-academic members such as community members involved in the project teams as investigators, their efforts are covered as an honorarium or consult costs, as appropriate, according to the university, state and federal guidelines. Applicants proposed budgets are reviewed by the SCTR Institute Finance Office and the applicants are guided to revise the budgets if necessary.

There are no specific regulations were imposed for the budgets except that the funding is not supported the Facilities and Administrative costs of the awards.

Retreat themes and number of attendees are listed in Table 2. Retreats had a SC statewide reach with an average of attendees per retreat including participation from the other two research universities in the state University of South Carolina and Clemson University , health and community stakeholders representing a multi-disciplinary mixture of basic scientists, academic clinicians, clinician-scientists, population scientists and community engaged individuals Figure 1. The total number of attendees for the 10 retreats was For example we looked into the attendees information in five retreats where there were more than attendees per retreat such as the mHealth Technology, Obesity, Patient-Centered Outcomes Research and Tobacco Control retreats Table 2.

However, as some individuals attended more than one retreat, this number does not represent unique attendees. The number of evaluation forms returned was lower than expected although we cannot pinpoint a specific reason as to why the numbers were low. Some attendees left the retreat before it was over and at different times throughout the day. It has been hard to follow them to gather the forms. Even after sending the form electronically to everyone who attended the retreat after the retreat was over, we received only 1—2 responses. We have not collected demographic data of the attendees in all the retreats.

We are working to implement a raffle with gift items to encourage a higher percentage of returns of the evaluation forms in the future retreats. In terms of the retreat length, the attendees suggested having fewer research presentation sessions about two sessions.

Attendees commented frequently that the retreats provided a unique opportunity to gather and exchange research ideas freely with other translational researchers and stakeholders throughout the state. The attendees participated in the speed dating style networking to various degrees. In some cases, some attendees networked with a specific presenter while some gathered around the round tables where there were 6—8 people.